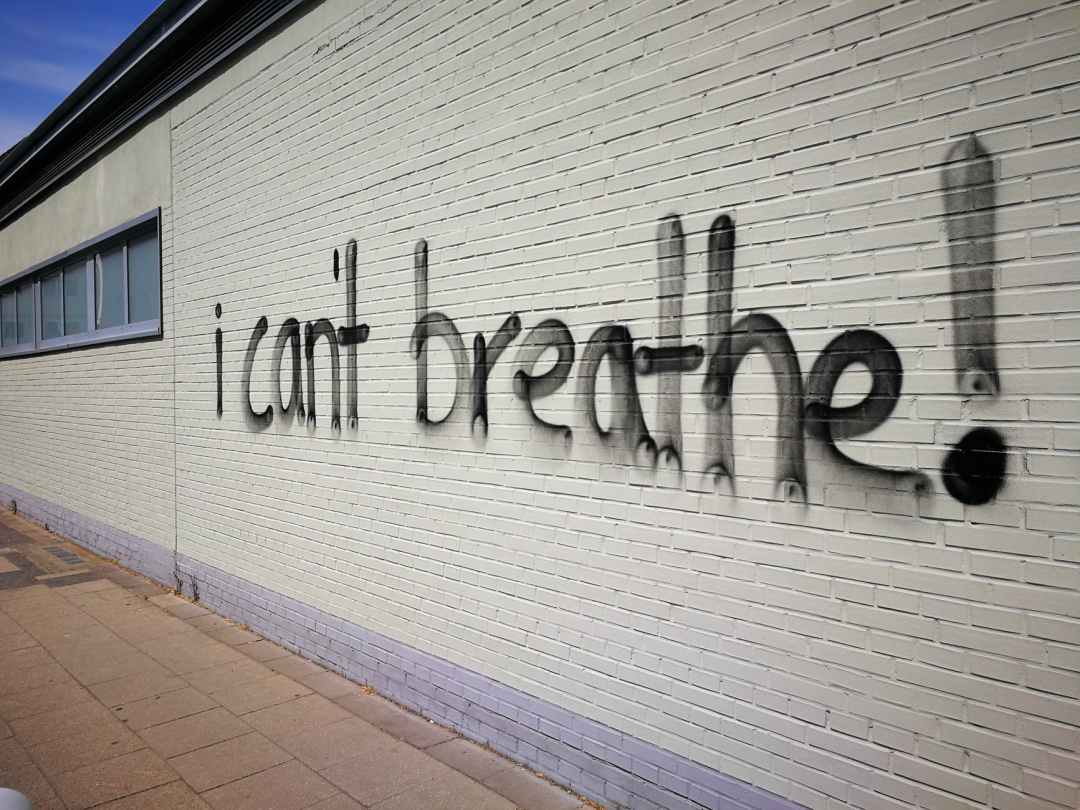 One year after George Floyd, and racial justice still stands in the balance

This month, Intersected is celebrating its one year anniversary, and we’re even more committed to our mission of promoting racial equity across our national and global communities. We hold to our core values of empathy, empowerment, truth, and creativity.

Last year, we began our project by diving into the history of Juneteenth. We were excited about the country’s invigoration to engage in racial justice work. However, with the consolation of this momentum came just as much — if not more — resistance and whitelash.

Some have concluded that the outpouring of white allyship was perfunctory and performative, only to be forgotten now that we are getting back to “normal.”

Our nation experienced the continued murders of African Americans, an increase in racially motivated hate crimes against the AAPI community, and the widening of social, health, and economic disparities. All of these culminated in the insurrection at the U.S. capitol.

We’re in a crucial moment within our nation. We are waiting to see if corporate pledges will manifest in long-term social responsibility and real advancement of diversity and inclusion.

Put simply, the work must continue, because with every gain for justice, new challenges emerge. While attention is focused on the social sphere, new legislations are swiftly being passed to undo strides toward racial and social equity in the political realm.

The Stop Critical Race Theory Act and the Peace Act both aim to prevent federal funds from being used to implement Critical Race Theory (CRT) education. The common argument is that CRT is Marxist and divides Americans. However, this diverts from CRT’s actual objectives and makes the bold assertion that the United States does not have a race problem.

What is Critical Race Theory?

The American Bar Association explains that CRT was birthed out of the legal academy in the 1970s to investigate and expose the structural and institutional nature of racism codified in law. It asserts that

1) race is a social construct, but it’s been reified such that it impacts people’s ability to flourish.

2) dismisses racism as a result of individual poor actors and considers the way law enforces racism.

3) acknowledges the embedding of racism in all parts of society.

Many states have already proposed or passed similar bills, limiting education. Some officials are attempting to supplement the laws with measures to erase minority experiences and history.

Some proposed bills prohibit educators from talking about current events and from calling out racially motivated acts of injustice. This stymies their ability to discuss race, which is at the heart of the country’s conception.

The colorblind approach has proven to be ineffective, as it does not acknowledge or address the ongoing social disparities between racial groups. As members of a democracy, we have certain powers to influence our representatives, however, and can continue to push for inclusive and thorough education.

How does democracy work in the U.S.?

The word democracy originates from the Greek: δημοκρατία (democratia), meaning “municipal states.” The idea is that people within municipal regions, or citizens, have power to influence their government, the state.

In the United States, indirect democracy is practiced: Those who are eligible cast votes to elect representatives. The elected officials then have the responsibility to address the needs of and make decisions for the people who elected them.

As of May 2021, over 389 voting bills have been introduced, and at least 14 states have enacted restrictive voting policies aligning with the agenda of the previous presidential administration.

Spurred by “the big lie,” states with Republican control have successfully proposed and enacted increased voting restrictions. These voting laws aim to limit the use of mail-in ballots, reduce the window of early and election day voting, and implement stricter ID requirements. Some even go as far as prohibiting volunteers from distributing food and water to voters in long lines.

These measures, under the guise of election protection, will ultimately reduce access to voting in a way reminiscent of the Jim Crow Era, when laws ensured that Black Americans were unable to use their newly-freed voices, unable to vote and thus be represented.

Some argue that voting should be harder to ensure that only the “well-informed” are voting. However, sweeping voting restrictions in an inequitable system mean that only certain types of voters make it to the polls: the white middle class.

The right to vote and equitable access to do so is essential to our democracy. Those who cast their ballots decide the trajectory of our country and give voice to the needs of their communities.

You can track voting bills within your state here.

Wrapping Up Year One

The erasure of Black history through the prohibition of educators’ critical engagement on race and the law, as well as renewed voter suppression tactics, are just two areas of legislation that we are keeping tabs on as we engage in racial equity work.

Recent events reveal that there are even more opportunities for Intersected to join the fight against racial injustice. In the next year, we hope to expand what it means for us to support communities of color, whether through policy advocacy or grassroots initiatives.

We are grateful to celebrate one year with you, delighted that the lovely Joanna Chin joined the project, and excited about what is to come!

If you have an idea for a written submission or interview topic, contact us today.